Skip to content
Allergies, Shmallergies…It’s All About Loyalty…
Being Transported By Romantic and Sexy Movies

OH, YES, I DO THINK OF MYSELF AS QUITE THE AUNTIE MAME… 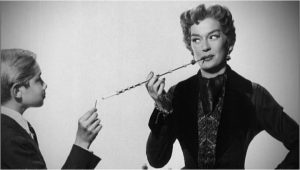 Seriously. I’ll wait. I’ve got a bunch of stuff to take care of today, and there’s also a “Law and Order: SVU” marathon on (because it’s a day of the week…), so no rush, no pressure.

Okay, seriously, was that movie delightful, or what? And is that title character fabulous, or what?

I don’t think I ever thought I wanted children. I’m pretty sure, if I am indeed remembering correctly, that I knew even when I was a young kid that I never wanted to be a parent. I have infinite admiration for people who are able to do a good and kind job of raising children. I knew instinctively that I wouldn’t be one of those people. I have never had the patience to be around someone else for long and uninterrupted periods of time. Which I guess is part of the definition of being a parent. Babies and small children seem to need a lot of attention, don’t they? I have a visceral need to spend a lot of time alone. I am able to be happily married because my husband is an independent soul and he can entertain himself for long stretches of time, unlike toddlers, who seem to need constant input and stimulation.

Several years ago, I offered to babysit for our friends’ six-year-old, because she was a sweet little kid and I figured I’d plop her down in front of the TV (something educational, you know, like “Sesame Street”… I mean, I had the best intentions… It’s not like I was going to have an SVU marathon on…) and I’d just go on reading and writing and working while I sat on the sofa and kept an eye on her. When her dad dropped her off, he announced – quite out of the blue, as my assumption would indicate – that his daughter was not allowed to watch TV. I think my exact, sputtered response was, “What the fuck?,” the subtext of which was “What the fuck am I supposed to do to keep her entertained for hours? Seriously, what the fuck?”

We read books and we had a tea party and we walked the dogs and by the time her parents came to pick her up again, I hadn’t spent one minute that didn’t involve interacting with her and I thought I was going to have a complete nervous breakdown.

But that No-TV Policy bullshit and my flirtation with mental collapse aside, I have to say that I have come to be quite the Auntie Mame. I remember reading somewhere that every child and young person should have an aunt and uncle who don’t have children and who have the time and energy and resources to spoil them and fuss over them. It’s a noble calling in my book, and one that I embrace with joy and enthusiasm. I absolutely adore my nieces and nephews, and I am proud of them beyond description. They are all delightful people, and I love spending time with them. 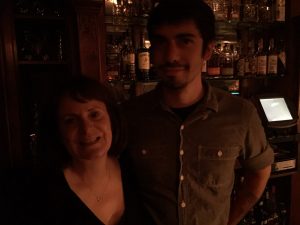 I had to wait until I got married to have any actual nieces and nephews, because I don’t have siblings, but I have also always had an expansive view of what it means to be an aunt. Three of my first cousins have children with whom I am very close, and I always introduce them as my nieces and nephew. One of my closest friends is like a brother to me, and there’s no question that his son is my nephew. I also really love being the fun person with my friends’ kids, the one who says and does silly things to make them laugh. I think young people and animals are so wonderfully straightforward and honest, so when one of them likes you, it’s really quite lovely, isn’t it?

I do, in the interest of the ubiquitous demand for full disclosure, have to admit that I’m rather a bad influence as an aunt. I’m going to try to keep the following confessions vague enough that my relatives and friends don’t rethink their enthusiasm for having me be Auntie Mame to their offspring, but, since being a writer should involve bearing one’s soul for public display, if Hemingway can do it, so can I. 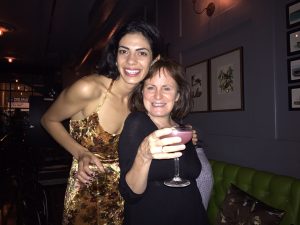 My bad influence tends to manifest itself by my weighing in too heavily on the side of having fun. My nieces and nephews crack me up. I’m the aunt who laughs when the kid does something funny but also inappropriate, and any parent will tell you (and will tell me, repeatedly) that that sends a mixed message which the parents then have to clean up when I drop the kids back at their house and go to join Tom at Happy Hour somewhere.

When my nephew, who graduated from college a few years ago, was around 10 years old or so, he was in the car with Tom and me.  Every few weeks Tom and I would take him out to lunch and to a movie and to shopping for a treat (I’m a firm believer in bribing kids and animals to love you; it’s quick, it’s effective, and, when I do it, it’s honest… I literally say the words, “Here. Now, remember, when I get old, you have to take care of me.  Enjoy your present.”). This particular visit, our nephew suddenly said a vulgar word.

A shockingly vulgar word. One even I hesitate to say, and I’m a member of a Facebook group called “Smart, Sexy Women Who Say ‘Fuck’ A Lot,” so you know where I’m coming from.

And when he said that incredibly vulgar word, I immediately did a dry spit-take because I wasn’t actually drinking anything at that moment, and I started guffawing and I could barely get out the words, “Sweetie, I know I’m laughing, but you must never, ever, ever, EVER say that word again!”

Yeah, we still chuckle about that one, Tom and our nephew and I. And I still haven’t told my friend-who-is-like-a-brother about it.

Yikes, I am giving away far too much information. If my friend-who-is-like-a-brother reads this, he’ll know I’m referring to his son. Oops.

Another example of me deeming paying homage to comedy far more important than acting like an adult happened with friends of ours who have three delightful young children. I’m just crazy about them. Their middle child is a five-year-old boy, and he’s a hoot. He’s always giggling and he’s full of energy. So he was being silly and he said to me, “You smell like farts and I smell like flowers,” and I started guffawing and his parents looked horrified and they began to chastise him for saying that I had the air of gaseous emissions, and I couldn’t stop laughing and I tried to apologize for being a bad influence by rewarding their son with laughter when he had said rather a rude thing, and then I just had to add, “Listen, you have to give it to him. He’s got a great appreciation for alliteration and he sure knows how to land a joke.”

I’m not sure how I can hide the identity of the niece involved in my final example of being an out-of-control Auntie Mame. I just hope my sister-in-law forgives me… 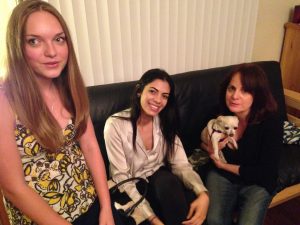 Really, it’s ridiculous that I’m not using her name. I’ve only got one niece who is currently 17. I’m being disingenuously coy in the service of hiding a secret that’s no secret at all. Certainly not to my sister-in-law.

At any rate, and out of habit, I’ll continue to call her my niece and eschew any proper nouns…

My niece and I are very close. We really understand each other. She’s a fabulous young person. When she came to visit, I was determined to show her a delightful time in Los Angeles. We went shopping and hiking and to the movies, and on one of her evenings here, she was going to go out and have adventures with my other niece and nephew, her cousins, who were in their mid-20s at the time. So, you know, adults. Responsible adults.

Of course, I’m the adult who was ultimately responsible for my younger niece. She was staying with us. And I was going to do everything I needed to do to make sure she got on the plane to go back home safely.

Everything necessary to ensure her safety…while still being her Auntie Mame.

So the kids go out, and Tom and I watch a movie at home and have a bottle of wine, and before I know it, it’s midnight. And my niece isn’t home. No phone calls or texts from anyone.

“Yeah,” Tom says, “it’s late. What time did you tell [insert name here; my sister-in-law certainly knows which name to insert] she had to be home?”

I tried to buy some time by taking a big sip of wine and pretending I was choking on it. But there’s only so many minutes that can be wasted by your dear husband smacking you on the back while you sputter with over-the-top theatricality.

“I didn’t tell her she had to be home at any particular time,” I whispered into my wine glass.

I started sending cheerful texts to my nieces and nephew.

“Hey there, Cutie Pies! Having fun?”

“Hi, my Darlings! How’s it going out there in the thrilling City of Angels?”

“Soooo, when were y’all thinking of coming back? Just checking in case I need to leave out a key if we go to bed because IT’S ALREADY SO FUCKING LATE AND WHAT THE FUCK WAS I THINKING NOT SETTING A STRICT CURFEW FOR A FIFTEEN-YEAR-OLD?!”

I didn’t type that last part.

They got back just after three o’clock. And my niece got on the plane home the next day safely.

I hope if my sister-in-law reads this, she’ll let my niece come visit again. I can’t promise I’ll be any more of a grown-up than Rosalind Russell was as Auntie Mame, but I do promise I’ll get my niece back on the plane in one piece. With lots of wonderful memories of memorable times. Just like Auntie Mame would.

1 thought on “OH, YES, I DO THINK OF MYSELF AS QUITE THE AUNTIE MAME…”

Allergies, Shmallergies…It’s All About Loyalty…
Being Transported By Romantic and Sexy Movies