Skip to content
The Admiration is Mutual
Allergies, Shmallergies…It’s All About Loyalty…

Those Who Leave Us Behind

There will be a two-pronged lead-in to this blog entry. Here’s the first one: When I do readings for my novel, or when I answer Q&As for websites, I’m often asked how much of Lala’s story is autobiographical. My answer, as part of my ongoing attempt to make the audience giggle (which I love to do), is “A great, great deal.”

Lala and I both love our rescued senior dogs, and we both feel that adopting senior dogs is our calling in life. We both really love wine and champagne (and also beer and the occasional mixed drink). We are both madly in love with words and with language. We both overuse ellipses in our writing…and we’ve both been very, very, very lucky in love, twice. 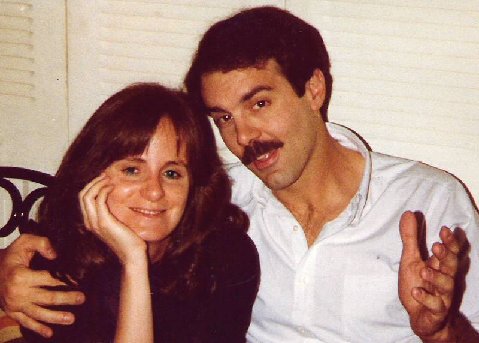 Here’s the second lead-in: Have I mentioned before that I live in Los Angeles and I walk to my gym? Seriously, how many people get to do that in the widely-spread-out City of Angels? I love it. I’m so spoiled. When I lived in New York City, of course I walked to my gym. Lots of people can do that on the glorious Island of Manhattan. In L.A., it’s a rare joy.

My gym has lots of magazines available to read while working out. I love that. I love magazines. I’m only semi-ashamed to admit that I love gossip magazines. And I love Oprah’s magazine and I love Real Simple. It was in the latter magazine that I read an article that was deeply moving.

I think I’m done with the lead-ins. Here’s the sum and substance:

Lala and I were both widowed at an age that is generally considered rather young to lose one’s spouse. Though, since being widowed and while my first husband was sick, I came to realize that life is very fragile, and that people old and young die all the time. Dennis had cancer. While he was receiving treatment at Cedars-Sinai in Los Angeles, there were children who were also receiving treatment. Life is very, very fragile.

One of my dearest friends (we met in college and he’s really more like a brother to me than like a friend; he’s certainly part of my family) lost his partner to cancer a few years before Dennis died. He said something life-altering to me while Dennis was sick. We were reflecting on love and loss, and he said, “The answer to the question, ‘Why me?’ really is, ‘Why not you?’ This is life. We’re all going to die. It’s just a question of when and how.”

So I’m at my gym and I’m reading an issue of Real Simple, and there is an article in this issue that is profoundly moving. It’s called “Dancing With My Father,” and it’s by writer Michal Lemberger, whose father died when she was 21.

If we all live long enough, we will lose someone we love. And sometimes we don’t even have to live very long. I have three women in my life to whom I am very close. One is a very dear friend (my first husband and I introduced her to her husband), one is my sister-in-law (her husband and my first husband were brothers; they were born on the same day, five years apart, and they both married women named Heidi; yes, my sister-in-law’s name is the same fairly unusual name as mine), and one is my aunt, who is also one of my closest friends (her husband and my father were brothers). They all have one daughter, and their daughters are among my favorite people in the world. My cousin is like my baby sister, I absolutely adore my niece, and my dear friend’s daughter is like a niece to me. Those three women all lost their husbands at a far-too-young age, and those three young women all lost their fathers when they were around 14 or 15 years old.

I was 41 when Dennis died. He was 47. He died just under six months after his diagnosis of Stage 4 stomach cancer. The character in my novel who is based on Dennis is named Terrence. That was Dennis’s middle name.

Almost 18 years have passed since Dennis’s death. I met my husband, Tom, two-and-a-half years after Dennis died. Dennis and Tom are different, of course, and they also share certain lovely qualities – decency, kindness, and a very warm and generous spirit. 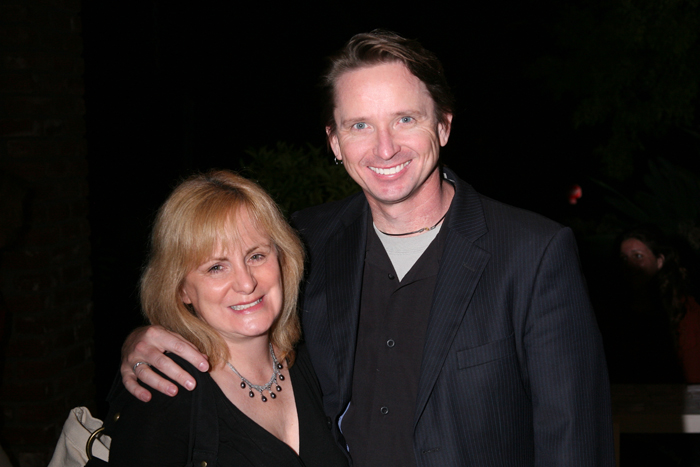 Dennis and I were together 16 years, and we were married 13 years. Tom and I have been together 16 years, and we have been married 12 years. I am a much better person now than I was before Dennis got sick. I was glib and prickly before Dennis’s diagnosis and before I saw Dennis deal with his illness and impending death with so much grace. What a high price that wonderful man had to pay for me to start paying attention to the things that are really important in life.

I haven’t been able to speak to Dennis for almost 18 years. I have the option of seeing photos of him, and I have the option of watching video of him (he was a wonderful actor); I am able to look at the photos and smile, but it’s still too painful for me to watch videos and to hear his voice. Or I imagine it would be, because I haven’t done it yet.

One of the things I love most about being married is the shorthand of being a couple for a long time. I can make one-word references to a scene in a movie, and Tom knows exactly what I’m talking about. We have shared so many trips and movies and events and adventures. We have the same language.

Before I read Michal Lemberger’s article, I had been thinking a lot about what it would be like to see Dennis again. I think I’ve been thinking about that since he died. As time passes, I have less and less of a visceral memory of what it was like to spend time with Dennis. Someone I saw just about every day for years and years has faded with time from my vivid memory. In a way, that’s a good thing. The first agonizing months after his death, I couldn’t think of him without sobbing, and I couldn’t stop thinking about him. Now, I am able to think of him and smile. I might get a tiny bit teary, but it’s not that horrible, overwhelming grief of the first months and years after he died.

I still can’t watch video of him, though…

And so these words from Lemberger’s article vividly resonated for me.

“But the true tragedy of losing someone you love unfolds over time. There’s the loss itself, the empty space that used to be filled by that person—his voice, the sound of his footfalls in the hallway, the face you inherited from him looking back at you. And then there’s the fact that the sorrow you feel changes you, so that you are no longer the person he once knew.

My father’s death set in motion a series of changes in me such that I wonder whether he would recognize the person I’ve become. As the years pass, he is more and more lost to me.”

What would I say to Dennis if I saw him again? How would I share with him all the adventures and changes and accomplishments and challenges of my life since he left me behind? His death has changed me. The sorrow and anguish have changed me. I have learned so much, at such a high price for him. He wouldn’t know me anymore. He might like me more as I am now than as I was when I was with him. At such a high price.

The truth is that I am so much happier now than I ever have been because of the lessons I have learned, and those lessons really started when Dennis was diagnosed. And typing that, and thinking it, as I often have, feels like a betrayal of Dennis. But at the same time, I feel sure that he wouldn’t see it that way. When he was sick, and this is something I found out after he died, if friends and family asked him how he was, he always said that he was fine, “but please take care of Heidi.” That’s all he cared about. He knew he would die, and he wanted to make sure I would be okay.

Our friends and family more than honored Dennis’s request. They surrounded us with love and care while Dennis was sick, and they surrounded me with love and care after he died. They still do. And they embraced Tom when I met him and fell in love with him, and they made him part of our extended family. I imagine that Dennis would be very happy. I imagine that he would like Tom very much. They’re both great guys. I’m very, very, very lucky.

The program for Dennis’s memorial service included one of his last headshots as an actor, and also a photograph of him when he was a toddler, sitting joyously on a beach. There was a quotation from “The Bridge of San Luis Rey” by Thornton Wilder: “There is a land of the living and a land of the dead and the bridge is love, the only survival, the only meaning.”

If I have learned anything from being left behind, it is that these words are absolutely true. Well, certainly they are true for me… Nothing is more important than love. Eternally.

10 thoughts on “Those Who Leave Us Behind”

The Admiration is Mutual
Allergies, Shmallergies…It’s All About Loyalty…