Skip to content
Bette Davis’s advice is timelessly brilliant!
The Admiration is Mutual

Because Sometimes Your Thoughts Just Demand to be Random…

I think it might be overly generous to call what follows here “musings,” and I wouldn’t even begin to feel cheeky enough to label them “My attempts to create a one-off homage to the late Andy Rooney of 60 Minutes.”  Let’s just go with calling this all “a mishmash of stuff,” shall we? 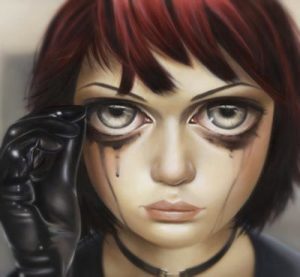 I was rushing to get ready to go out the other night, and I had a huge mishap with my mascara. Without even thinking, because I didn’t have to think because I’m living in 2017 and what I was about to do is entirely second-nature to me, I grabbed a Q-tip and in mere seconds my face no longer resembled that of a sobbing raccoon.  And I had to reflect, even as I was running out to the car, that life with Q-tips is miraculous.  And how did we even function as individuals and as a society before Q-tips?  Did people not wear mascara, for fear of the possible hideous and irreparable results of one false move?

Of course I had to look at the entry for Q-tips on Wikipedia. It’s under their generic name, “cotton swabs” (and apparently “cotton buds” in Britain; who knew?).  Here’s a bit of history:  “The cotton swab is a tool invented in the 1920s by Leo Gerstenzang after he attached wads of cotton to toothpicks. His product, which he named ‘Baby Gays,’ [Blogger’s Note: WTF is that all about?] went on to become the most widely sold brand name, ‘Q-tips,’ with the Q standing for ‘quality.'”

Anyone who knows me or who has read my work will know that I absolutely adore animals. I love cats, but for the past several years we’ve only had dogs in our family.  I love dogs.  Honestly, I just adore them.  And so, I am, of course, moved and mesmerized by the fact that “dog” is “god” backwards.  Wow.  Just wow.  There must be some cosmic significance in that.

But here’s where my wonder goes astray.  It’s only in English, right?  Am I missing another language where that’s also the case?  Dieu and chien?  Uh, no.  Hund and Gott?  Nope.  Perro and dios?  You get where I’m going with this…

P.S.  I’m serious, shit like this keeps me up at night…  Also, please note that I gave the word for “god” in German an initial cap because they give all nouns initial caps.  It’s not a statement of preference on my part.

What, for the love of all things gracious and sublime, is going on with people dropping consonants all over the damn place?  I watch a lot of television.  Well, I don’t actually watch it much of the time.  It’s on in the background when I’m writing.  That’s just the best way for me to compose.  The low-volume television chatter is like a lovely little white noise soundtrack while I put words together.

But sometimes I do focus on what’s happening on the screen, especially when I’m looking for a plot point or a character trait or a special turn of phrase.  It’s a nice distraction while my mind buzzes on a subconscious level.  And I’ve been noticing while I focus on televised offerings that more and more PEOPLE ARE NOT PRONOUNCING CONSONANTS!

For a lover of our glorious English language, it’s just too damn much.  What are we, speaking French?  Let’s pretend we’re speaking German and do as they do…pronounce EV-ER-Y FUCK-ING LET-TER, FOR FUCK’S SAKE!

I could never do a low-carb diet.  If I had to give up pasta (or noodles, as we called it in my youth), I would… I just wouldn’t even see the point of going on.  Ditto with bread.  But more so with pasta.

Smoothies are really soothing.  There’s a reason those two words share so many letters.

Potato chips?  The best thing ever created?  Yeah, pretty much.  Pizza is also a miracle.  I don’t say that glibly, nor do I think I’m devaluing the word “miracle” by declaring that pizza is one.

If you take a scoop of vanilla ice cream and a scoop of strawberry ice cream and you put them in the same bowl and you let them get a little soft and you mash them up into a mixture, it will be one of the best things in the world.  Trust me on this.

Our beagle Maggie is kind of obnoxious when the time comes for her to be fed.  I say that with love.  Our three four-legged kids get breakfast, dinner, and a third meal just before we go to bed (because if they didn’t, they would wake us up at maybe three o’clock in the morning demanding food; I mean, demanding it).  And each time, Maggie whimpers and paces and occasionally bays because we’re not getting her food ready fast enough.

Maggie is a beagle.  Maggie loves to eat.  I say all this about our precious girl because I am basically just like Maggie vis-a-vis food.  Without the baying.  Most of the time.

How did the word “feminism” ever get a negative connotation?  I’m guessing it’s because the patriarchy didn’t like women getting uppity.

Don’t get me started…

Women haven’t had the vote for 100 years yet in the United States.  We’ve never had a female president.  And look at the rest of the world.  In Saudi Arabia, women aren’t allowed to drive.

Don’t anyone try to tell me that feminism isn’t necessary or that it’s negative or it’s too aggressive or any of that other undermining shit.

I do however think that the word “mansplaining,” solely as a construct, is fucking brilliant.

I will say this though about my upbringing, and it’s kind of surprising… My parents were born in the 1920s.  My mom grew up in Europe.  And both of my parents, despite being of their generation, were more-than-reasonably okay in terms of not trying to limit my options because I’m female.  I’m really happy about that.

You know how there are certain movies that aren’t especially brilliant, but when you’re scrolling through the channels and you see that they’re on, they’re kind of deliciously not brilliant and there are moments that you kind of enjoy in them, and somehow you’ve ended up seeing them a lot because they’re kind of addictive, despite being entirely not brilliant?  Here are a few of the ones that fall into that category for me:

That remake of Arthur with Russell Brand

And apropos movies, here are my Top Five Favorites of All Time.

Reading is the best thing in the world.

I honestly don’t think anything needs to be added to that statement.

If I could have a wish for one ability, it would be to be able to sing beautifully.  I can’t sing.  I can’t hear the notes and I can’t match them.  I love music.  I love singing.  My husband has a gorgeous singing voice.  He says sometimes I sing in “perfect thirds.”  Other than understanding that that has something to do with harmonizing, I have no idea what he’s talking about.

I swear, my nieces and nephews had better be reading this blog post right now, and they had better start making incredibly laudatory comments about me in the comment section below.  Heads up, kids; I haven’t written my will yet, and the jury is still out on who’s going to get what…

I am convinced that my hair can hear me when I call my stylist to make an appointment for a cut and color.

I usually wait too long to schedule an appointment.  I’m so lazy and I’m so easily distracted. So even though I write in my calendar that I should call for an appointment after a certain amount of time has elapsed since my last appointment, I generally end up adding a few weeks to that.  So what happens is I wake up one day and my hair is too long and it’s suddenly driving me crazy.  So I call my stylist and I beg for an appointment as soon as possible, and my hair hears that, and the next day, when I wash and blow-dry it, it looks fabulous. And I’m thinking, maybe I don’t need to get it cut and colored just yet.

I guess my hair just really hates being cut and colored, because, I swear, it does that to me every time.  It’s like it pushes me to the limit, and then I go nuts, and it realizes that it has gone too far, and it resolves to behave.

Do I even need to add that the opinions expressed herein are entirely my own?  Though I bet that if our three senior dogs gave it even a few minutes of thought, they would all agree with me on just about everything I’ve expounded on. Especially the part about the ice cream.

Bette Davis’s advice is timelessly brilliant!
The Admiration is Mutual